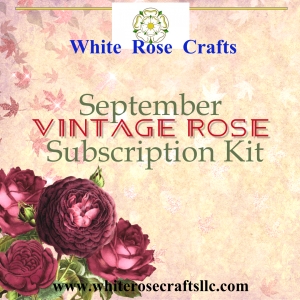 Hey Friends!  Did you catch my unboxing of the new White Rose Crafts‘s September ‘Vintage Rose’ Subscription Kit from earlier this week?  Well, today I am back with the first video from my three part Five Fast Cards series.

I am so excited to share this late summer rose garden themed paper crafting kit, and can not tell you how easy these cards are to design.

For a more detailed look at each card, scroll down. 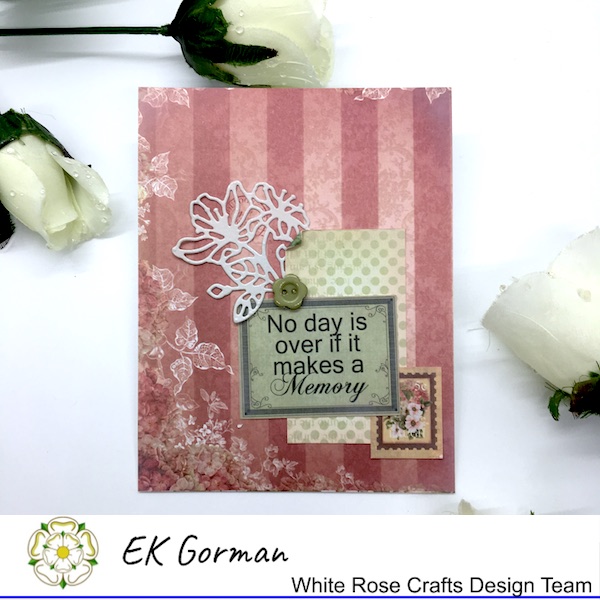 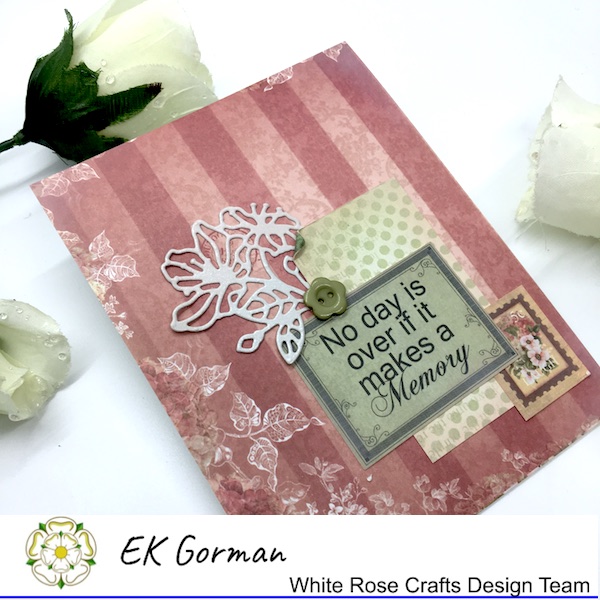 Card two features three of the printed papers, three of the ephemera pieces, two of the metal roses and some Tattered Rose Distress Oxide.

Card Three uses a piece of printed paper, sentiment stamping from the included stamp set and three of the included rhinestones. 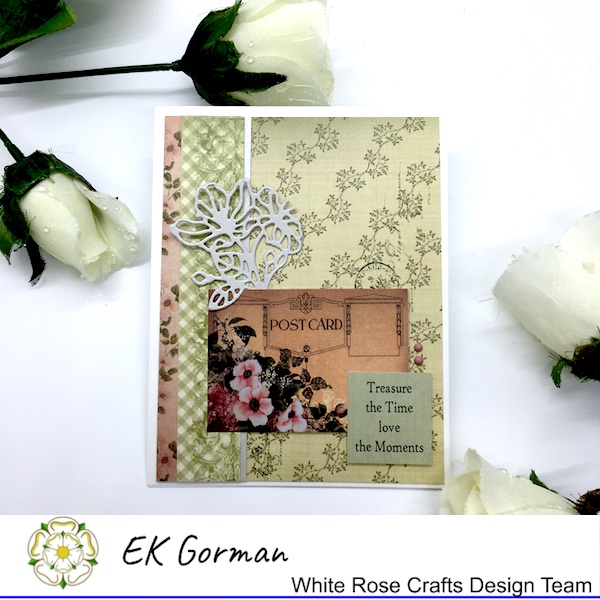 Card Four showcases three of the printed papers, some of the Petallics cardstock, both as a strip and die cut with the included die and two pieces of the trimmed ephemera. 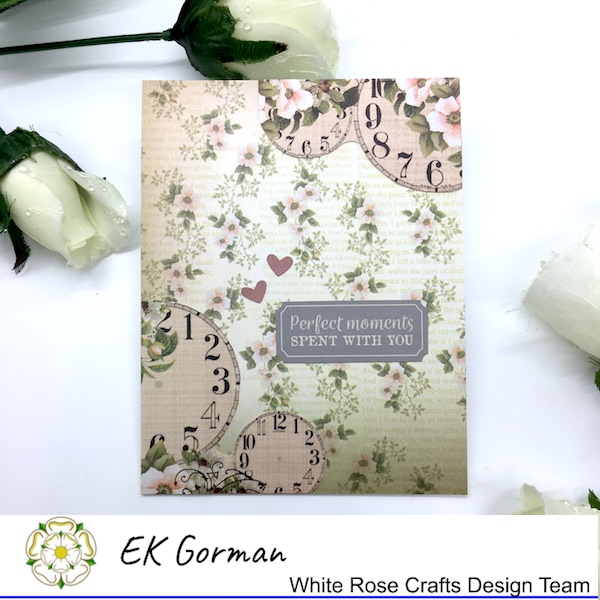 Card Five features two of the printed paper, one of which had been fussy out and layered on the other, plus three of the stickers from the 12×12 sticker sheet.

Thanks for peeking in today.  Make sure you pop back over next week for the second part of this series.  And make sure to let me know in the comments below which of today’s five fast cards was your favorite.  Until then, happy crafting.