It’s that time of month again for the July Designer Challenge.  This month the Designer’s theme revolves around the new Blackboard Alphabet and Blackboard Numbers.

For my project this month, I wanted to make a card for a teacher friend of mine since the start of school is just around the corner.  However, to make this card I had to be a little creative in using my dies to get the die cuts I wanted.  I don’t actually have an apple die, but I was to create one using just a little bit of creativity and looking at dies in a different way.  The apple is made from a lemon slice die and a bit of a leaf die.  To make the blocks, I used a die meant to make ice cubes.  The stick of chalk, well, that’s make out of a straw die.  Don’t you just love when you can use dies in new and different ways!!!

To help you see how I made the card, I went ahead and create a tutorial video for you to watch the process.

Step 3:  Die cut the A, B, and C from the Blackboard Alphabet die set and 1, 2, and 3 Blackboard Numbers die set into the black paper.

Step 4:  Using white pigment ink, gently run it over the black cardstock to give the feeling of chalk over a blackboard.

Step 7:  Using scissors, trim the Leaves down to one leaf and a stem like an apple.  Using your alcohol markers (I used my copics) color the leaf and stem.

Step 10:  Trim the die cut straw (now a piece of chalk) in half.  Add a circle shadow to one end of the chalk piece to give it dimension using light gray alcohol makers.

Thanks for stoping in to see my contribution to the ECD July Designer Challenge.  Don’t forget to pop over to the ECD Blog for a chance to win a gift card! 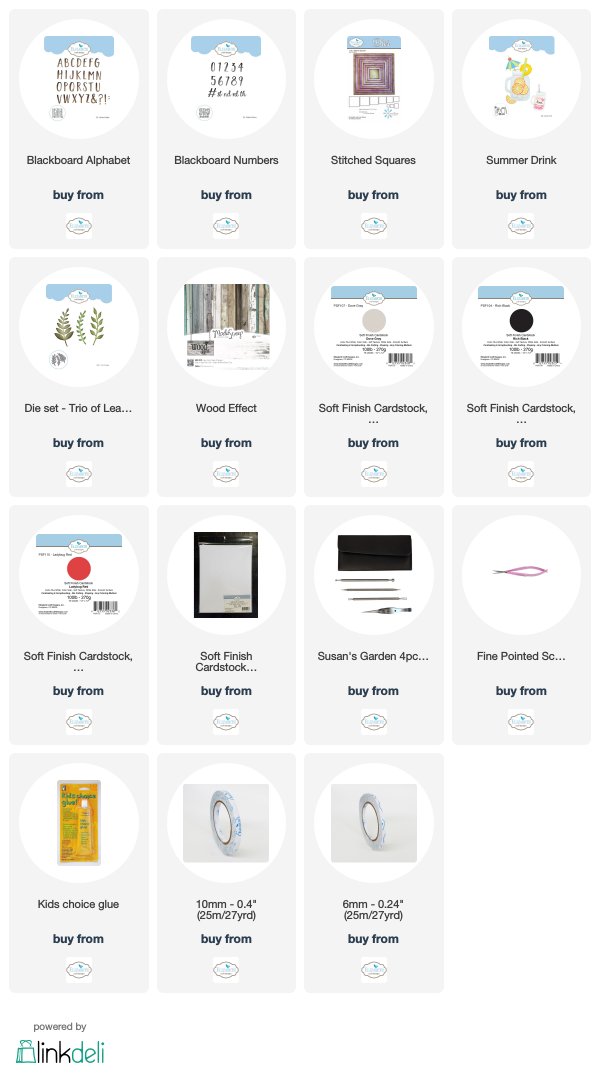