Just Dropping You a Lion 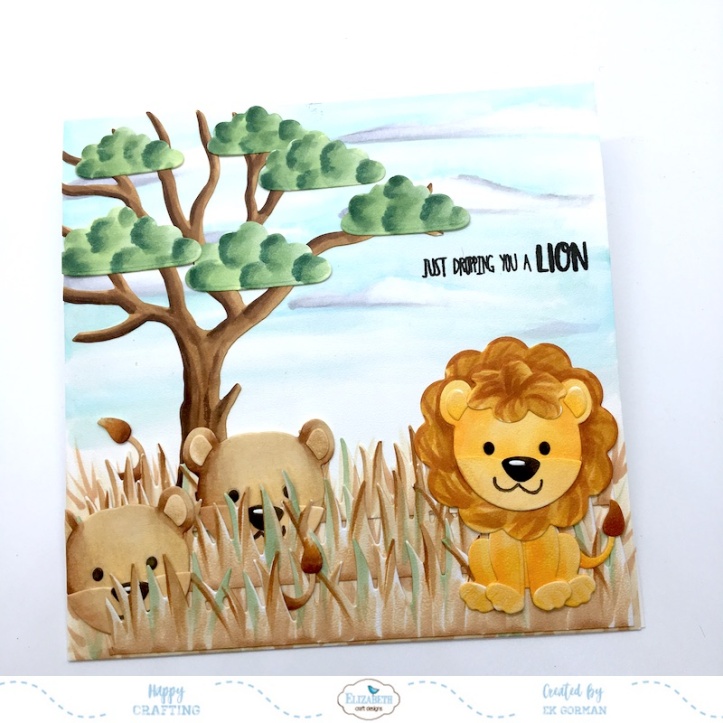 Hey friends.  Have you seen the new critter dies from Elizabeth Craft Designs.  They are ridiculously cute and I thought I pop in today and share this card I created using the new Lion die set as well as the new safari Tree die set.

Step One:  Create a 6×6 card frame using a piece of White Soft Finish Cardstock trimmed to 6×12 inches with a score and fold at 6 inches.

Step Three:  Using copic markers, color the die cuts to look like grasses and trees on the savanna.

Step Four:  On the card frame, create a background using copic makers.  Here I created grasses for my die cuts to blend in with and a cloudy sky.

Step Seven:  Assemble the card by adding the background die cuts.  Use Kid’s Choice Glue to adhere the tree and leaves.  Use 3mm Clear Double Sided Adhesive to adhere the bottom stripes of the grass, layering them one upon another.

Step Eight:  Using Kid’s choice glue, tuck the lionesses heads and tails behind the grasses to make it look like they are hiding and peeking out.  Adhere the mail lion in front of the grasses.

Step Nine:  Trim any pieces that hang off the edge of the card frame.  Add a sentiment in black ink from the new Safari Sayings stamp set. 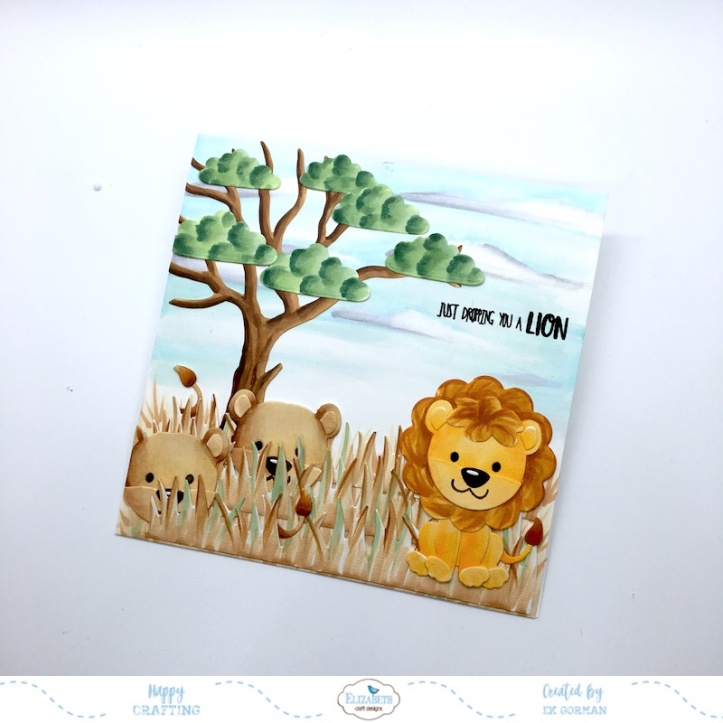 What you end up with is a playful card filled with a fun cast of feline characters inside a savannah backdrop.

I love the idea of the ladies peeking of the grasses, as if they are ready to pounce.

I also adore this super friendly lion.  He looks ready to greet anyone.

Thank you for peeking in today, and checking out my project.  I hope you are enjoying this die release as much as I am! 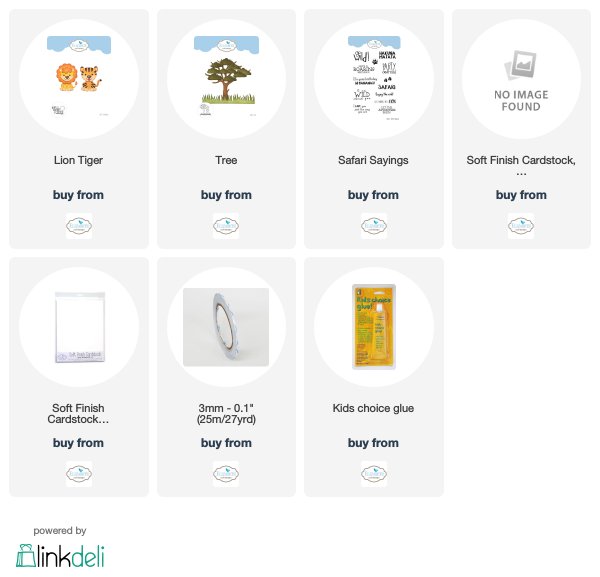