With Easter just a few days away, I thought I would make a Bunny card using the new Bunny Bird Die set from Evaney’s Stamp Designs.  But instead of adding the bunny to the card frame, I decided to make bunny the card frame itself. 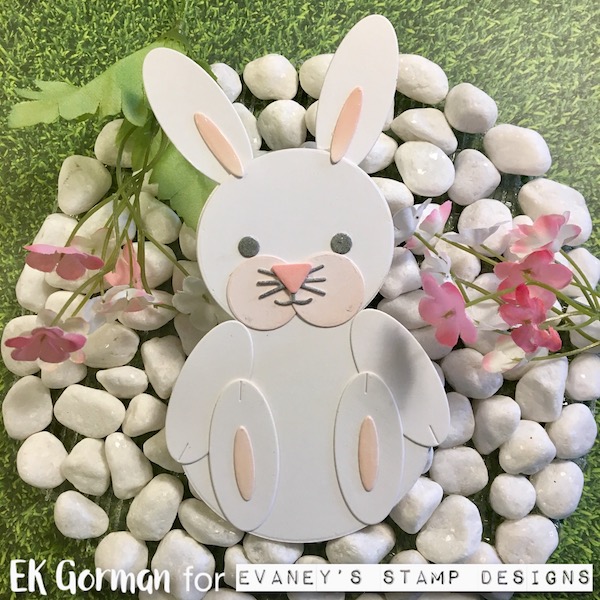 Being creative on how I used the dies, I die cut the big circle and the small head circle so that I didn’t cut all the way though the circles and instead made the card frame.  I repeated the step again so that there were two. 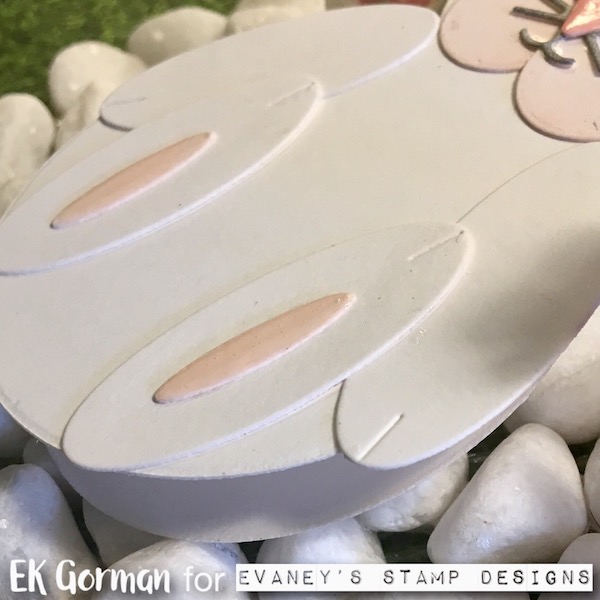 I scored the top of the bottom frame card and added some scor tape so that the card could open and close.  I added the ears between the two frames so that they were between them. 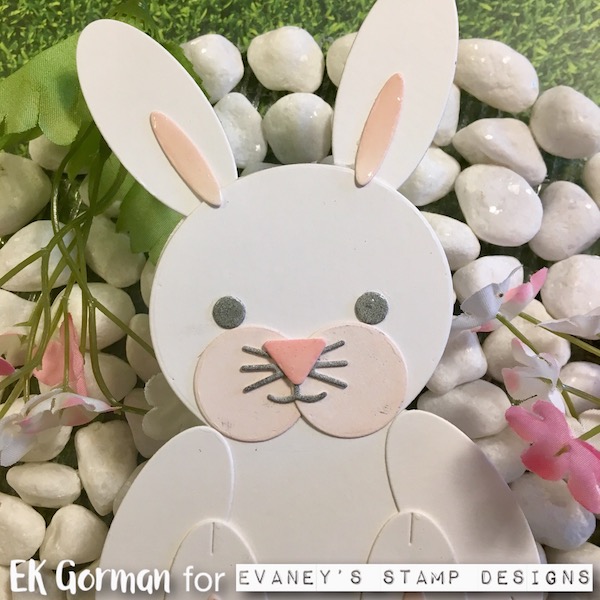 Using some Tattered Rose Distress Oxide for the checks, ears and feet, some Worn Lipstick for the nose and some Black Soot for the Eyes, whiskers and mouth, I colored the die cut bits of the card. 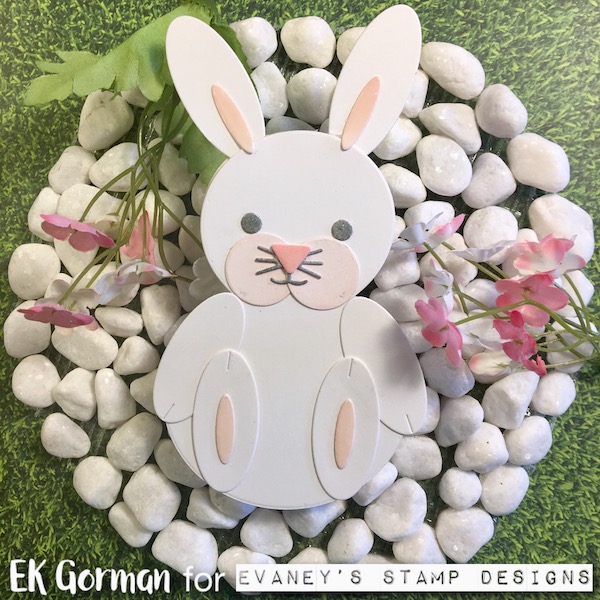 Hope you think this guy is as cute as I do, and thanks for checking in today with me!